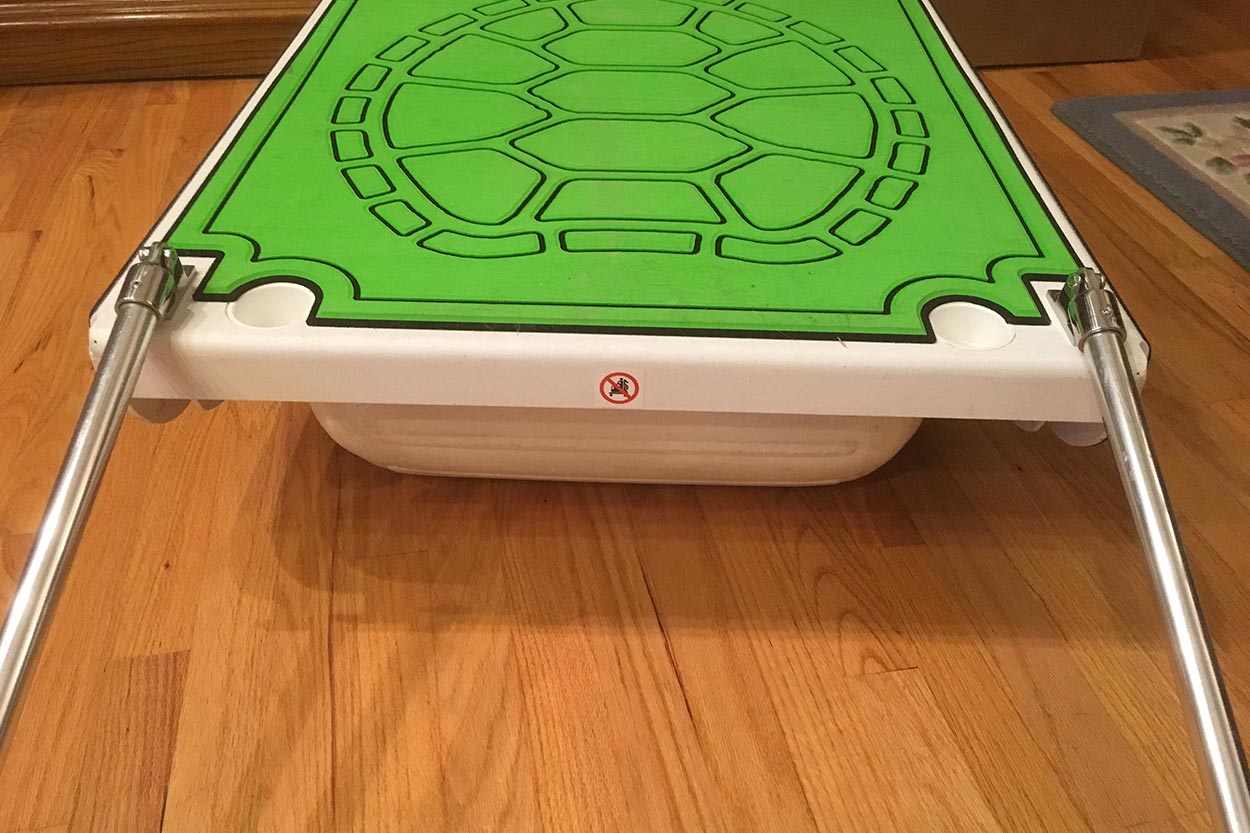 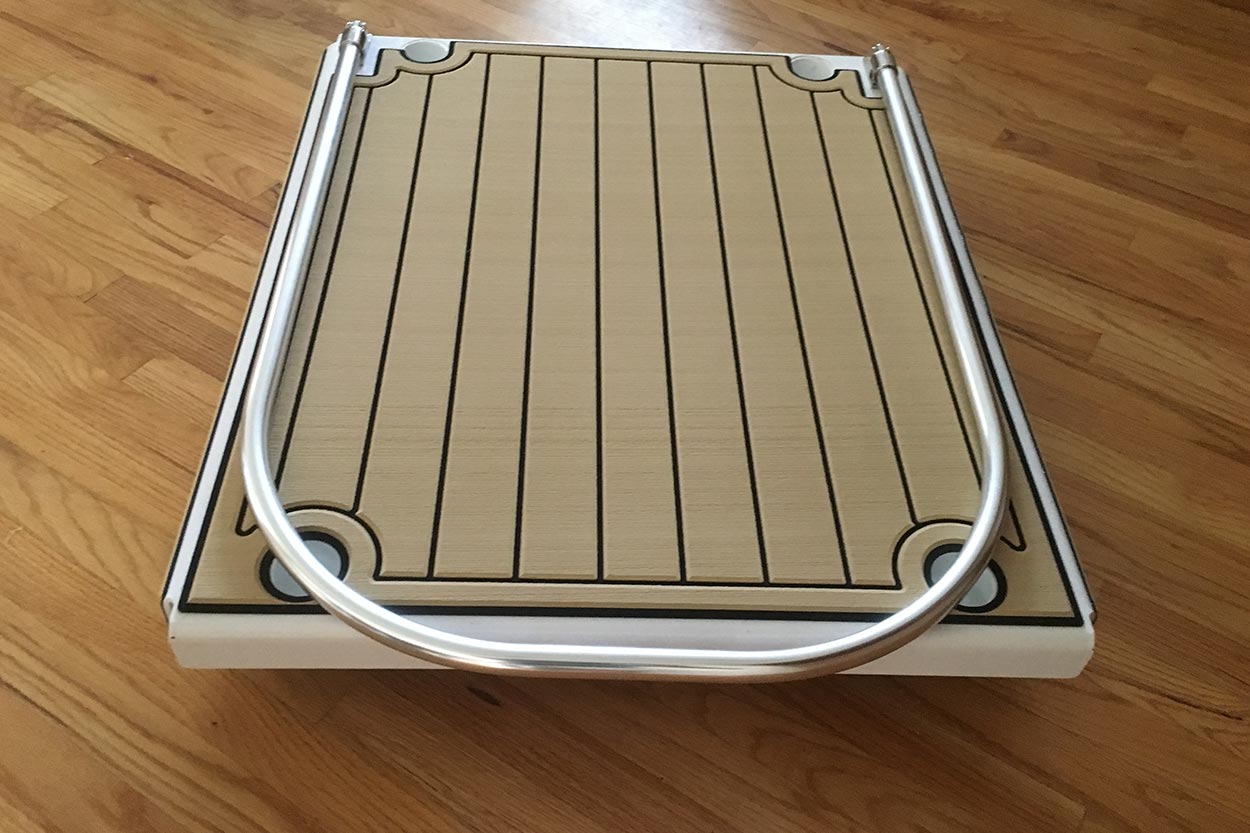 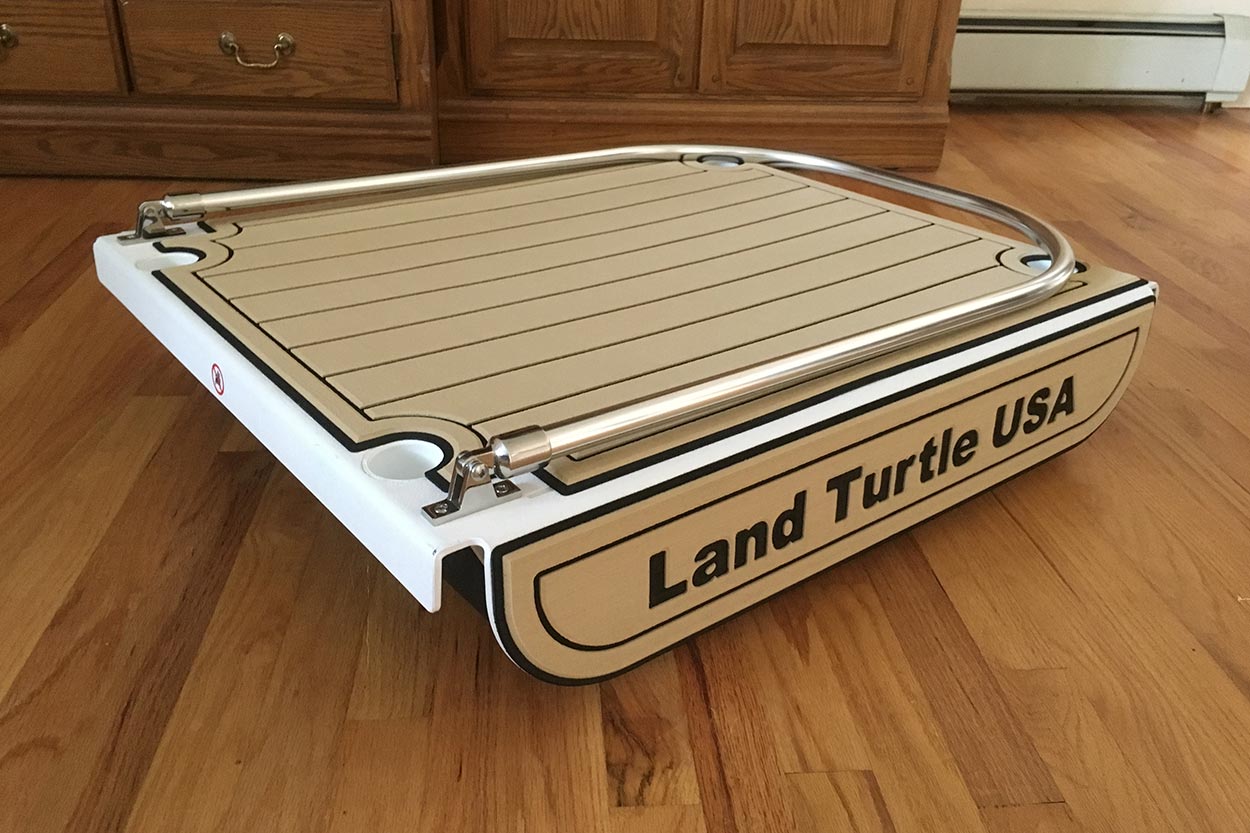 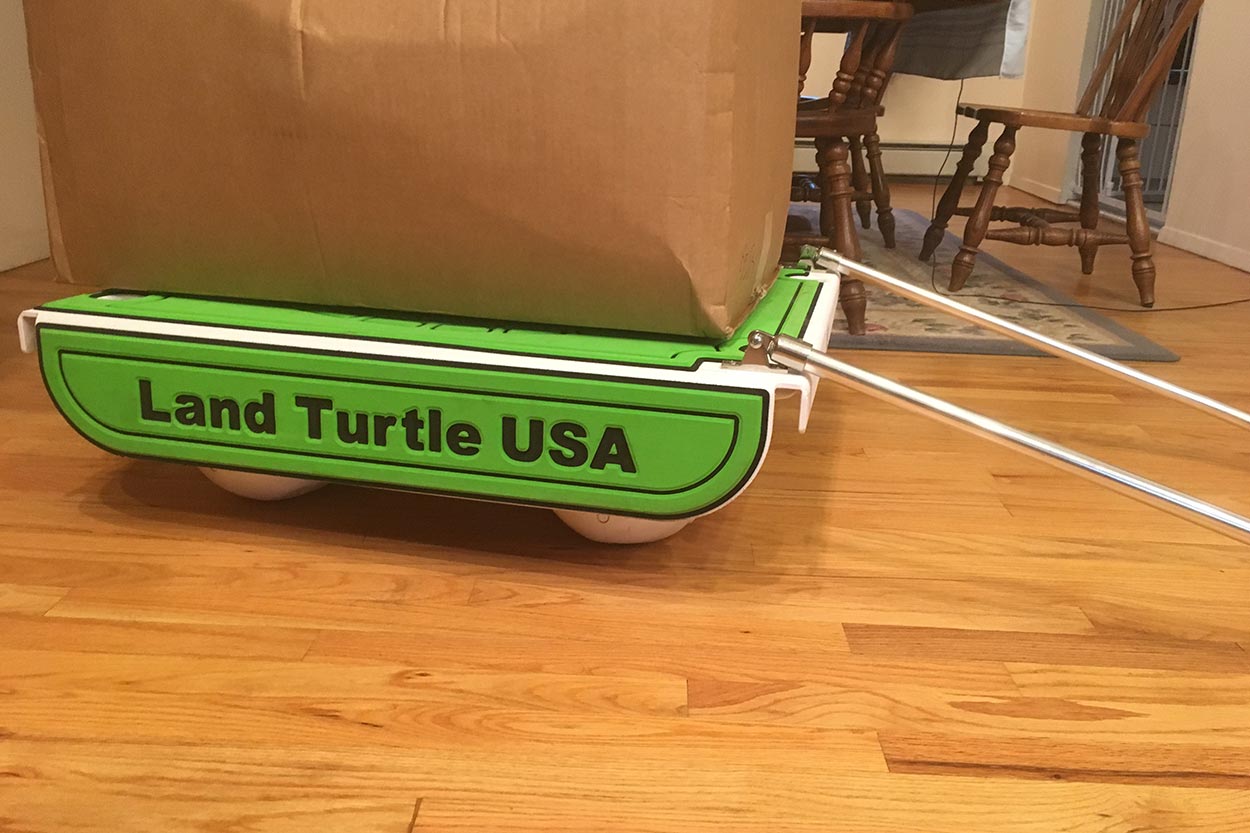 Utility Cart with No Wheels 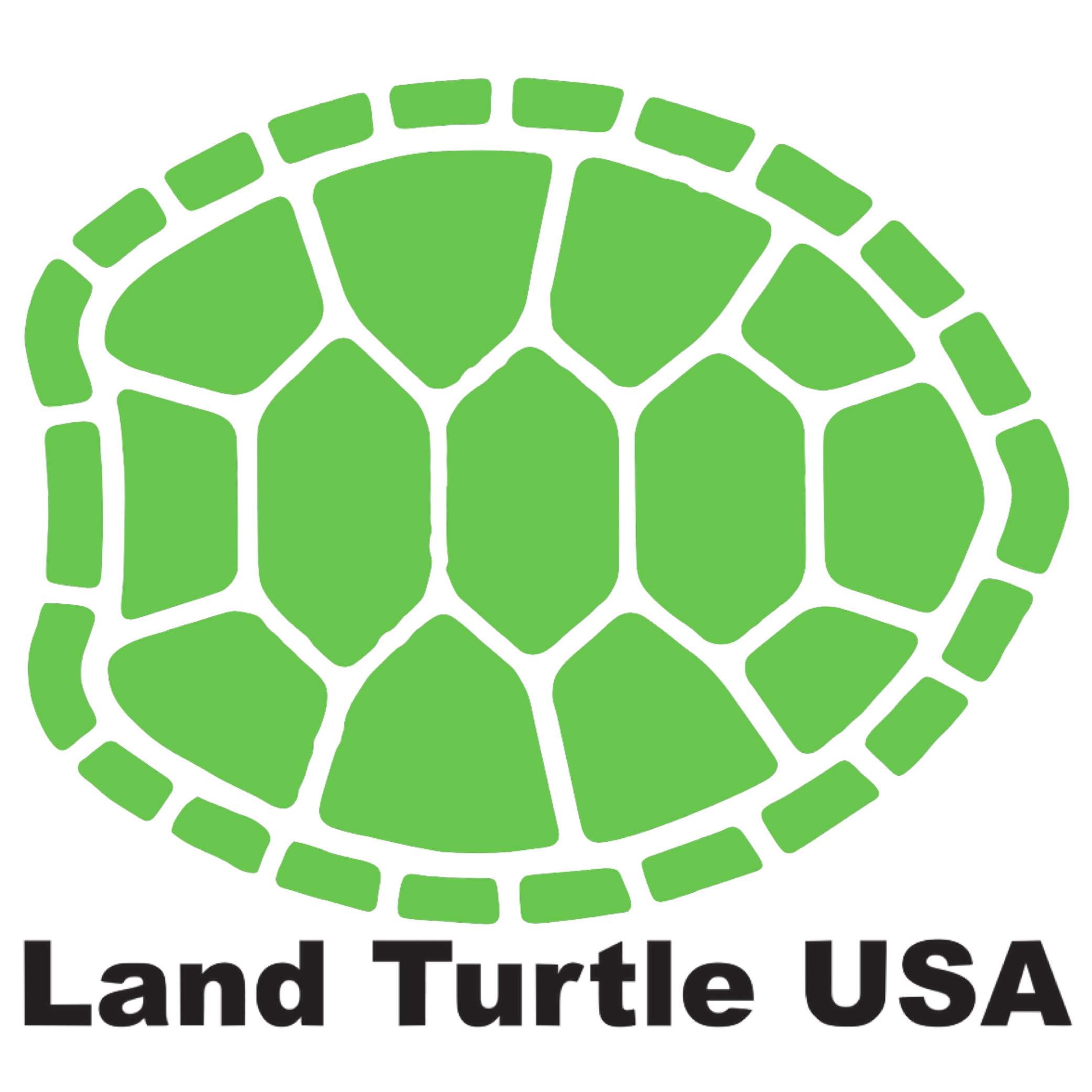 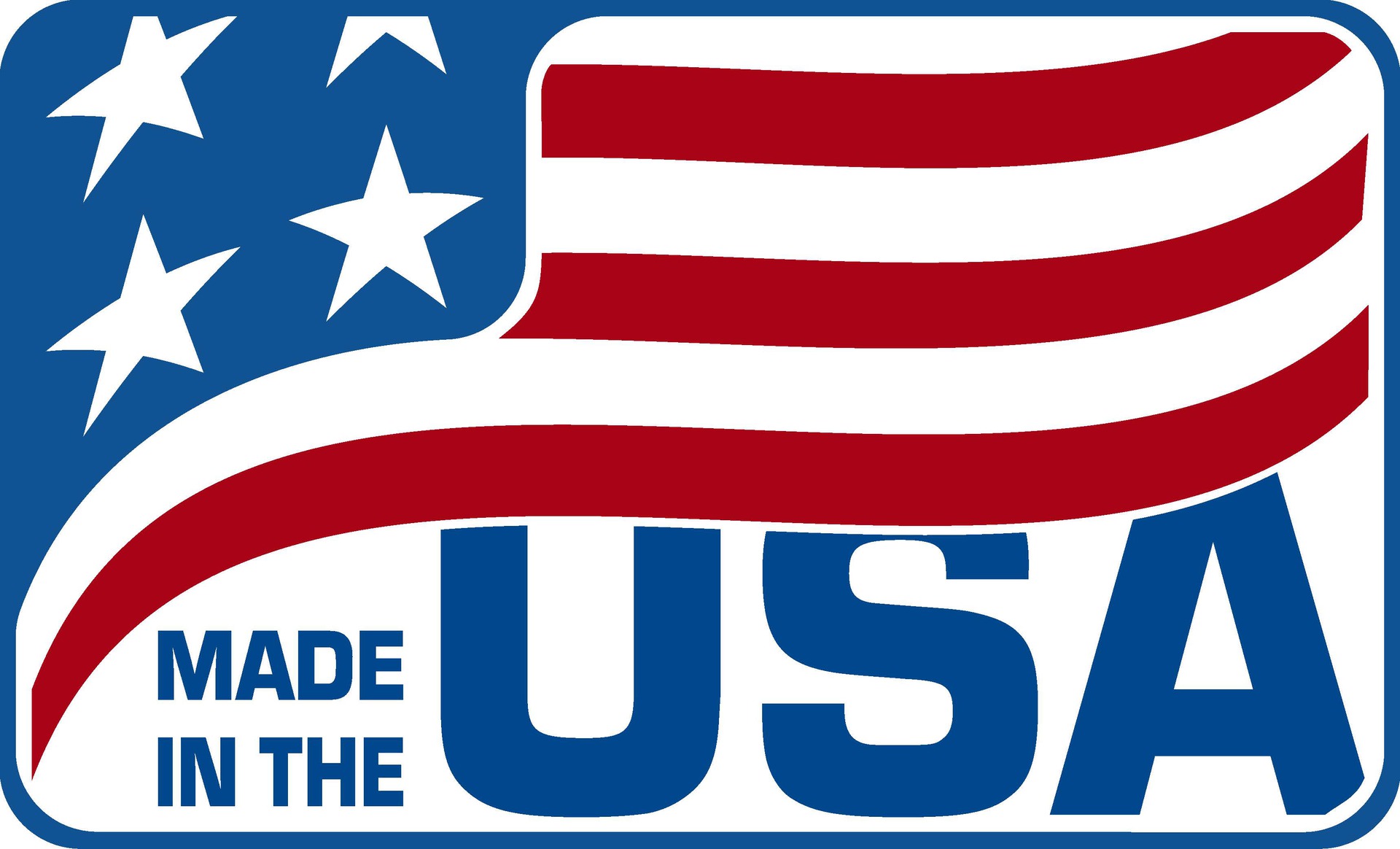 US Government Patent With 16 Claims

Where Can I Use Land Turtle USA™?
EVERYWHERE!

EVERY LAND TURTLE IS CHECKED AND TESTED BEFORE SHIPPING

Personalize Your Turtle. See Pictures Below.
The Add Ons Below Were Made For Under $20!

Land Turtle Inside Your Home

No Marks On Finished and Prepared Surfaces!

What The People Say:

Growing up at a beach resort John had sand between his tows at a young age. He followed his love of the beach and water at Delaware, Maryland, Florida and on Long Island, New York.

Over the years he carried and transported beach items consisting of chairs, umbrellas, coolers and other things to the beach.

One day while relaxing on the beach John thought about the different ways to carry things. Then he had an idea! What about a vehicle that would glide over top of the sand and not sink into the sand like wheeled carts and wagons! So, he designed and developed a prototype and applied for a US Patent.

The patent was issued and with patience over several years John developed Land Turtle USA.